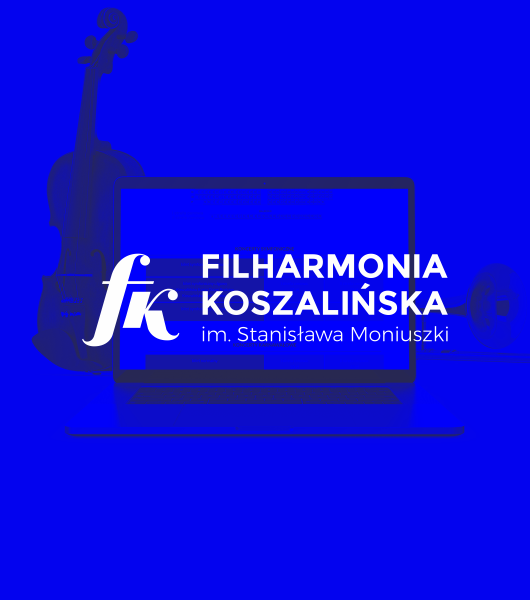 The image of the institution

A comprehensive identification project of the Koszalin Philharmonic, including step-by-step actions in the field of creating a new graphic symbol and a visual key, layout of repertoire posters, concert programs and a new website. The aim of all activities is to refresh the image of the facility, create a coherent line of outdoor, indoor and online communication.

The creation of the new logo involved extensive research in the context of updating the brand of the city of Koszalin and its particular institutions, respecting the unique character of the unit. During the process, out of three concept lines one was selected as a result of consultations with the management of the Koszalin Philharmonic. It became the basis for further work on the visual key.

The final concept was strongly based on respect for the tradition and identity of the institution, using the historical features of the signs from previous years and the musical connotations of musical notation. The updated communicate was also adapted to the new seat of the Philharmonic as well as research on its recipients, their demographic data and preferences.

The updated poster layouts were based on selected features of the facility's posters from the 1970s, specific typographic layouts, writing forms and composition elements. The modular layouts of the background represented abstract forms inspired by the shape of the building, architectural details and materials used in its interior, especially the concert hall.

The promotional activities were complemented by templates for general concert repertoires and selected programs, based on convenient distribution in a format similar to the one that has been used in the facility for years.

A functional website primarily focused on the cognitive ease of the repertoire and facilitation for the visually impaired.

The visual identification system used for the needs of both the website and marketing materials has been additionally enriched with pictograms and graphic markings used for easier navigation and classification of specific types of events, performers and information signs.